Frank Thatcher received his undergraduate degree from Temple University and his Juris Doctor from the Rutgers University School for Law.

Before being admitted to the practice of law in 1958, Mr. Thatcher served in the United States Army for a period of two (2) years.

Mr. Thatcher is a member of the Camden County Bar Association, the New Jersey State Bar Association and the American Bar Association. He has been admitted to practice law in the United States District Court and has argued before the Supreme Court of New Jersey.

During the course of his legal practice, Mr. Thatcher has served as Solicitor for numerous municipal boards and committees including the Township of Voorhees, the Township of Gloucester and the Washington Township Municipal Utilities Authority.

Mr. Thatcher has also been a lifelong member of the International Association of Lions Clubs, focusing his attention on the Runnemede Lions Club.

Mr. Thatcher has maintained a general practice of law in Camden and Gloucester Counties since 1959. He currently specializes in Elder Law, Real Estate, Personal Injury, Wills and Estate Law.

You can reach Mr. Thatcher at: [email protected] 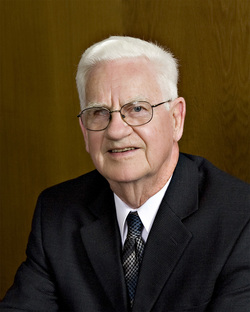